The 2020 census data will be coming out this year — and despite what the headlines may say, I’m here to tell you that rural America is alive and well. 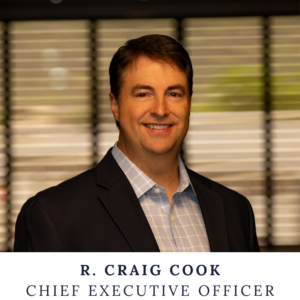 As you may remember, I urged everyone to participate in the 2020 census. The population counts go a long way in determining our representation in Congress and the statehouse, as well as funding for state and federal programs. According to the 2020 census website, 2020census.gov, the census will shape the future of our community for the next 10 years. While that timeframe may be a bit of an overstatement, there’s no doubt that an accurate population count is critically important. While census numbers will contribute to the allotment of funding and political clout, they will also help to tell the story of rural America. The 2020 census should provide definitive evidence of the trends shaping communities like ours. But as you probably know, I’ll be the first to say that whatever trend lines on a graph from the U.S. Census Bureau suggest, parts of rural America are more vibrant and offer more opportunities today than ever.

Some communities have no doubt fallen on hard times. But many others, including ours, are very much alive. According to experts at the USDA and the National Council of State Legislators, about one-third of rural counties are growing, one-third are stable and one-third are shrinking. Researchers point to 2016 and 2017 as years where many rural areas began showing growth after many years when the number of residents diminished. Will all the news and research taken from information contained in the census be positive for everyone in rural America? Most likely, it will highlight some of the challenges communities like ours face. Events such as the pandemic, though, have left some city dwellers intrigued by the many benefits of living in rural areas. We’ll know for sure once the data is released, but the 10-year scope of the census may well show a continuation of the gradual, decades-long shift to fast-growing cities and suburbs from small towns and rural areas. It’s possible statewide and national news outlets will use a broad brush to highlight this demographic trend as they cover the census statistics over the next few months. A few troubling statistics, however, should not be sufficient to raise concerns about the future of rural America and our small-town way of life.

Census numbers — a comparison across decades that may not fully acknowledge recent positive changes — do not tell the whole story. In many ways, the people of rural America have more opportunities now than ever before for business, education, health care, entertainment and overall quality of life. And I’m proud to say broadband makes many of those chances possible, although I’m not sure how much coverage they’ll see. In fact, our confidence in that vitality and belief in the future is why we’ve invested millions of dollars into improving the telecommunications infrastructure in our communities. You’ll never find a stronger group of advocates for our communities than our team here at HCTC. We’re proud of the rural areas and small towns we connect to the world — and we work hard every day to make our communities even stronger.