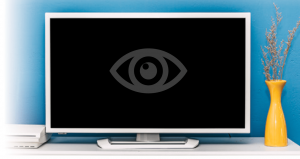 Streaming Boxes Can Add a Layer of TV Security

Is your TV watching you? Could it be a backdoor to your private information? Those are questions recently posed by the FBI. For people who rely on a smart TV, the answer might be, “Yes.”

A smart TV can connect directly to the internet, allowing access to services and applications that provide movies, TV shows, music, videoconferencing, photo streaming and more. It’s all right there in one consolidated interface.

But convenience comes with tradeoff. Some smart TVs include microphones and cameras. These features allow voice commands and the potential of using facial recognition to customize content to an individual viewer.

Those innovations, however, raise the possibility of TV manufacturers eavesdropping. Similarly, an unsecured TV has the potential to be used by a hacker as a backdoor into your other Wi-Fi-connected devices.

The FBI suggests a range of strategies to ensure a TV protects your security. Do internet research on your specific TV model to check the status of updates and reports of security breaches. Also, if possible, change passwords. Then, learn how to turn off microphones, cameras and the ability of the TV manufacturer to collect personal information. Even placing tape over the camera lens is an option.

There’s another strategy, too — do not directly connect your TV to the internet. Instead, consider a third-party device to create a bridge between your television and streaming services such as Netflix, Hulu and more.

HERE ARE A FEW OPTIONS TO CONSIDER:

Roku: Many devices that allow TVs to connect to online streaming services are sold by companies that also offer TV content. As a result, not all services are available on every device. If that’s a concern, consider a Roku, which can generally connect to all content providers. Rokus typically range in price from $30 to $99.

Apple TV: Prices for an Apple TV device range from $149 to $199, with the more expensive options having more storage capacity and the ability to play 4K video. The device will connect to most streaming services, and currently the purchase of a new Apple TV comes with a one-year subscription to the Apple TV+ streaming service.

Amazon Fire TV Cube or Fire Stick: Amazon’s Fire streaming devices cost from about $30 to nearly $200, based on capacity and the ability to offer 4K content. Look for frequent sales to find a bargain. The interface is clean and useful. Fans of Amazon Prime can have easy access to that service’s streaming options. While most streaming services may be available, that has changed from time to time.

Google Chromecast: Google offers its twist on the streaming boxes with a small, hockey-puck-shaped device that allows content to be “cast” from a computer, tablet or phone to the television. Most streaming services are supported, and viewers with a Google Home smart speaker can control programming with voice commands.