OBSERVATORY USES THE INTERNET TO SHARE THE WONDERS OF SPACE 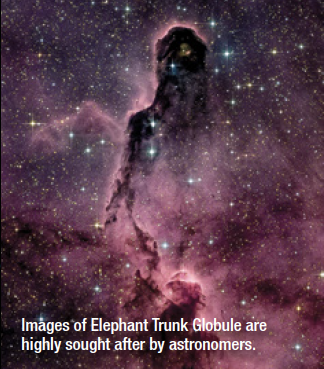 Tucked away in the Texas Hill Country, an area known for the beauty of its landscapes, is a facility that has its sights set squarely on the heavens. Cosmic Obsession Kerrville, which amateur astronomer Bob Fitzhenry and his wife, Debbie, built, studies the night sky and shares its findings with astronomy buffs all around the world.

Cosmic Obsession is a family operation, with the couple’s daughter and son-in-law, Robin and Francis Walsh, also actively involved. It started as a single-telescope observatory in Tomball, part of the Houston metropolitan area. However, the amount of ambient light made that location less than ideal.

“After two years of using that observatory, we realized that it was just too close to the city to get the view of the night skies that we wanted to get,” says Francis Walsh, Cosmic Obsession Kerrville’s marketing officer. “So in 2016, Bob decided to go look for another spot.”

Consulting maps that chart light pollution, Fitzhenry found the dark night sky he was looking for in Kerrville. He and his wife bought property there, and in 2016, began building a home and the observatory. Cosmic Obsession Kerrville began operating in late 2019, when the Fitzhenrys relocated to Kerrville permanently.

Although the observatory is not open to the public, its internet connection from HCTC enables Cosmic Obsession to share images from its multiple telescopes online with an audience of as many as 150,000 people. “We needed an internet connection that was quick and fast,” Walsh says. “Bob and Debbie researched where we could get internet service in Kerrville and found HCTC. They were able to provide high-speed internet.”

There are six sophisticated and high-powered telescopes pointed at the sky when the roof of the observatory is rolled back. Some of the instruments belong to Joe Sardina, the owner of nightskiesnetwork.com. Although Sardina is based in the Northeast, “he can control his telescopes remotely from New Jersey,” Walsh says. “To do that, you need high-speed internet. The equipment works best when the internet is strong, steady and reliable.”

Livestreams of the observatory’s telescopes are available on nightskiesnetwork. com, and the photos of celestial bodies captured by the telescopes regularly appear on Cosmic Obsession Kerrville’s Facebook page.

A HOBBY WITH A PURPOSE

The observatory isn’t a business venture for the family — Walsh describes the endeavor as a “family-owned astronomy outreach collaborative.” It’s a hobby they’re excited to share with the world.
“It’s been great fun for the family,” he says. “I mentor a teacher and students in Cameroon. There’s a lot of outreach that goes on that’s really important, and it is a result of all the activity made possible by an internet connection.”

The family plans to keep pointing their telescopes skyward in hopes of discovering a new comet they can then name.

“At this point,” Walsh says, “the future is to see how many objects can we actually point our telescopes to, and do they affect us in some way, or are they just a beautiful sight?”