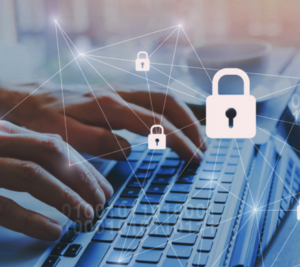 The Instant Pot, a pressure cooker, is one of the most popular small kitchen appliances of recent years. Naturally, there’s a model capable of connecting to the internet via Wi-Fi — an example of the Internet of Things, or IoT. Smart thermostats, door locks and security cameras are just a few devices on the IoT spectrum. Refrigerators, toys and a range of whimsical gadgets are all on the bandwagon. And businesses and industry, including agriculture, manufacturing and medicine, take advantage of connected Devices.

Like the connected Instant Pot, which lets a cook control it via a smartphone app, IoT devices provide convenience, useful data and new ways of using technology. Cisco, a leader in networking systems, estimates that more than 75 billion such devices will be in use by 2025.

The utility of what is sometimes described as the fourth industrial revolution is balanced by the need for mindful caution. These devices offer people with bad intent potential doorways into private homes and businesses that use the internet-dependent gadgets.

Meanwhile, companies are finding new ways of leveraging these systems. One example is Amazon Sidewalk, which rolled out earlier this year. Here’s how Amazon described the innovation: “Amazon Sidewalk is a shared network that helps devices like Amazon Echo, Ring security cameras, outdoor lights and motion sensors work better at home and beyond the front door.”

Essentially, Sidewalk links your Amazon devices to those of your neighbors through a specialized network. Why? Well, imagine your internet goes down while you’re out of town, making your security-focused Ring Doorbell useless. With Sidewalk, however, your internet-connected doorbell would keep right on working, relying on the internet connections of your neighbors to power the system. Everyone on the Sidewalk system gives up a little bit of their internet bandwidth to this network. Instead of a smart home, Sidewalk can create a smart neighborhood.

Amazon released a detailed white paper outlining the system’s security features. And while security experts have been quoted praising the company’s efforts, others have expressed concern about privacy and the potential for hackers to target the system. Amazon Sidewalk can be turned off in the settings section of the company’s smartphone app.

As IoT devices proliferate and offer new, practical ways to leverage the power of the internet, knowledge and a few practical security steps can offset possible risks. In the past, the FBI noted the need for IoT caution. “Unsecured devices can allow hackers a path into your router, giving the bad guy access to everything else on your home network that you thought was secure,” Beth Anne Steele wrote for the Portland FBI office.