For more than a decade, Corpus Christi has celebrated its designation as the “Birdiest City in North America.” Thousands of people flock to the coastal town every year to see the birds that pay it a visit as they migrate north and south, as well as those who call Corpus Christi and the Coastal Bend home. The Coastal Bend consists of nine counties along the Gulf Coast, including Nueces County, which contains three of the best birding locations — Corpus Christi, Port Aransas/Mustang Island and Padre Island.

“Springtime is the best time to see birds in Port Aransas and the coastal area of South Texas,” says birding enthusiast Ray Dillahunty of Port Aransas. In a recent talk about our winged friends, birding expert Greg Miller said the best birding anywhere in the United States could be found in April in Nueces County. “He calculated that an active birder in Port Aransas could see 147 different species in a day,” Dillahunty says. “At the Birdiest Festival in 2019, there were two daytrip groups that saw 150-plus species in one day in Nueces County.”

Many enthusiasts describe bird-watching as hunting without a firearm. They sit sometimes for hours, waiting for their sought-after bird to appear before taking a shot — with a camera, not a gun.

Port Aransas has a nature preserve, Charlie’s Pasture, that capitalizes on its birds. The preserve, which includes 1,714 acres of freshwater, brackish water and the Gulf’s saltwater, offers the perfect recipe to entice songbirds, wading birds, raptors and others, including the rarest and most endangered of all — whooping cranes — to its wetlands. 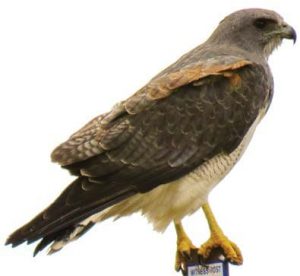 “A huge number of birders from around the world come to see the whooping cranes,” Dillahunty says. “There were 20 whoopers in the world in 1941, and today, there are over 500 wintering in the National Seashore just north of Port Aransas. We’ve had a resident pair in Charlie’s Pasture for the past two years, too.”

There are more than 750 different species of birds in North America, and 500 can be seen around the Corpus Christi area. “They are beautiful, they are ugly, they are common, they are rare,” Dillahunty says. “But they are all different in some small way. The magnificent frigatebird spends up to three months at a time over the open ocean — and its feathers are not waterproof. If it lands in the water, it drowns. How unbelievable is that?” Birding happens every day around Port Aransas, but if you’re there on a Wednesday morning, join Dillahunty and his wife, Leslie Hoekstra, at the Leonabelle Turnbull Birding Center for their weekly bird walks at 9 a.m.

“Oh look — there’s an American kestrel,” remarks Karyn Schmitz as she points toward native grasslands on Padre Island National Seashore, a 66-mile-long, 130,434-acre national park along the Texas Coastal Bend. “And who’s that? Looks like a harrier. And if we could see a piping plover, that would really make our day.”

Schmitz and her husband, Tom, are volunteer guides at the national park. For nearly a decade, they’ve been spending two months each year camping in their RV in a small park with other volunteer guides. In that time, they’ve come to regard the seashore as one of the best places in the area to see a variety of birds that come to visit during the spring and winter.

Located within the National Seashore is Bird Island Basin, home to Laguna Madre, the sixth-saltiest body of water in the world. The water brings windsurfers from around the world, and the National Audubon Society considers it one of the most important bodies for birding in the world. It’s a massive quilt of coastal wetlands, freshwater ponds and native grasslands that provide critical habitat for migratory raptors, songbirds, waterfowl, waterbirds and shorebirds, as well as endangered sea turtles.

Start your birding adventure at the Malaquite Visitor Center and pick up information or arrange a guided tour. Camping is available in two campgrounds for a nominal fee; beach camping is free in designated areas. For more information, log on to www.nps.gov/pais.

Located on 182 acres in Corpus Christi, the South Texas Botanical Gardens & Nature Center is home to the Birdiest Festival in North America, which brings birders from more than a dozen states and several foreign countries for five days filled with bird-watching, educational activities and more. At last year’s festival, attendees spotted 267 different species of birds, including a Northern jacana, known as nature’s “lily walker” due to its unusual toes that allow it to walk on watery vegetation. Watchers also spotted an endangered violet-throated hummingbird.

Although the center is surrounded on three sides by busy roads, retailers and residential activity, the city has worked diligently to develop a greenbelt around it to protect its native plant habitats and natural wetlands — both fresh and salty — that attract a variety of birds. “It gives them a choice,” says the center’s executive director, Michael Womack. “It’s a place where they can feel safe.”

South Texas Botanical Gardens & Nature Center offers walking paths and boardwalks through its wetlands and gardens, including its colorful hummingbird garden. Bring your binoculars and be amazed. The center is open daily from 9 a.m.-6 p.m. For more information, log onto stxbot.org.

“One can be a ‘bird lister’ and keep track of each bird they have spotted. Or you can be a casual birder and just appreciate the birds in their natural habitat,” Dillahunty says. “Wherever you go, there will be birds, and it is fascinating to see the variety of colors, shapes, behaviors and habitats that birds thrive in.” 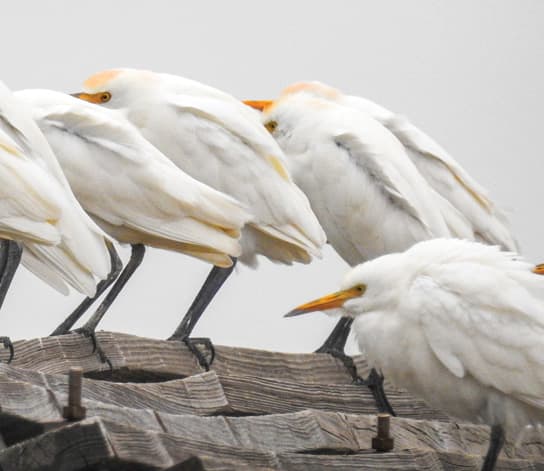 The annual Birdiest Festival in America happens at the South Texas Botanical Gardens & Nature Center in Corpus Christi April 22-26, just in time for spring migration. This year’s keynote speaker is David Sibley, birding expert and author of The Sibley Guide to Birds. For more information about the festival and for tickets ($35 per person) log on to www.birdiestfestival.org.