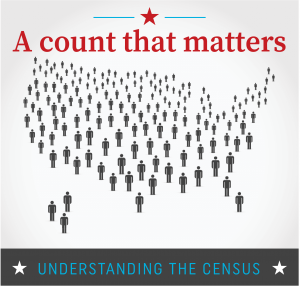 Once a decade, the United States counts its citizens. This results in a treasure trove of data relevant to politics, businesses, schools and much more. For example, federal agencies use census results to distribute more than $675 billion in federal funds annually.

Similarly, states use census data to draw congressional district boundaries. The numbers can even determine how many congressional representatives a state sends to Washington, D.C. Locally, many counties, cities and towns lean on census statistics when planning infrastructure such as roads, schools and emergency services. Businesses also factor census data into calculations that determine the locations of new stores, hotels and more.

As you can see, the census is an important program and one in which you’ll be asked to participate. For the first time, everyone can complete the census online, as well as by phone or by mail. You will still receive a census form by mail, but you will have the option of visiting respond.census.gov/acs to complete your duty to respond to the census.

Census Day is April 1, and census takers will visit households that have not already replied to census questionnaires online, by phone or through the mail. In fact, the U.S. Census Bureau hired thousands of temporary workers to help implement the 2020 census.

The bureau also understands the unique challenges of counting people in rural areas. Some rural homes do not have typical mailing addresses, using instead post office boxes in nearby community centers. However, census questionnaires are not mailed to P.O. boxes. In these remote areas, census takers will deliver paper questionnaires to each home and offer guidance on how to respond by phone or online. If there’s no response, expect an in-person follow-up.

By law, the Census Bureau must keep your information confidential, using the details to produce statistics. The bureau may not publicly release responses in any way that might identify an individual.